The Lost Art of ‘Mulling.’

Previous Next
The Lost Art of ‘Mulling.’ 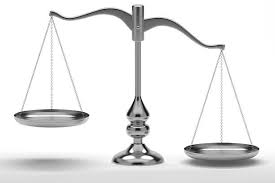 The word ‘mulling’ isn’t a word that I hear used too often in modern day society. It is a word that I… appreciate and like because it distinctly and extravagantly pinpoints and captures a refined process of sober deliberation that is often associated with jurisprudence. An image of scales comes to mind. To ‘mull’ over something is to weigh and analyze with painstaking effort and inflicted fairness and an inflicted measure of objectivity. Intellectual sadism anyone? (Insert sarcasm here.) The first time that I heard the word used was when a lawyer that I admire used it. This particular lawyer’s mind is beyond precise and beautiful and so when she used the word ‘mulling’ I began to internally chirp “oooh… ahhh- yes I want more of that.“

If one values wisdom itself like King Solomon did- then you inherently value those persons who personify wisdom.

Wisdom is something that I would describe as being rich in quality. It’s nutrient value is dense. Wisdom and intelligence though similar aren’t the same. One is a wild stallion and the other is a trained thoroughbred with a ‘bit’ in it’s mouth. Both animals are beautiful. One believes perhaps that freedom for the sake of freedom is it’s purpose and one has been freed by being trained and equipped  for purpose.

To ‘mull’ over something requires devoting a substantial amount of time to the simple yet complex and rigorous task of thinking. One thing seems clear: people who subject themselves to ‘mulling’ want to think well.

In the aforementioned context- said thoughts can absolutely be about a singular thing yet done in such a deliberative manner that one can find themselves analyzing the singular- over and over again because the subject is such a complex beast.     SOME decisions and/or important conclusions really do require much thought effort!

As an individual who is decisive and impatient by way of my 1st nature– I have learned that there are some decisions and conclusions that require the ‘mulling’ deconstruction/revisionist decision/conclusion drawing process.

Keeping in mind that the human species are complex creatures- when I recently realized that I had in fact been ‘mulling’ over a set of pre-conclusion/decision states for a matter of years now I was genuinely surprised at myself. I didn’t know that I had that kind of data capacity within my personal harddrive to begin with particularly because I am not naturally a patient person.  Yet I also marveled at how adaptive my nature was to this internal and organic process. I confess that there is one item that I’ve been ‘mulling’ over for nearly ten years. Gasp!

“Oh so this is what it feels like to… mull” Candace said to herself.  It felt foreign and uncomfortable… yet proper and called for. Why? The seriousness of the matter required sobriety. You would be amazed at what can show up within you to serve a situation when a response from you that is not normative is simply and resolutely required. I’ve felt like I was carrying a baby that couldn’t be seen! That’s how internally large the pre-conclusive state was.

The ability to compartmentalize a quandry or dilema or challenge…….(particularly when it comes to people or the esoteric) within oneself requires inner AVAILABLE SPACE. (Our brains and souls might be akin to hard drives just for the sake of example within this context.) Fast-forwarding….

Making the choice to release the hold or to exit the deliberation/ ‘mulling’ process and implement or put a voice or words or final decision or structure or belief statement or question to whatever we have been ‘mulling’ about  requires courage and bravery in the analysis (subjective and objective) and ultimately confidence in one’s ability to deliver what you’ve been carrying skillfully and effectively:———>whether or not everyone and anyone around us agrees with it.  I also assert that ‘mulling’ and true jurisprudence or deliberation shouldn’t be contaminated….excuse me…subjected (ahem) by the need to ‘people please’ constantly.

People pleasing at times appears to be a very common social drug of choice.  ‘Approval addiction’ for example according to a webinar I attended recently that was sponsored by Selling Power Magazine (https://www.sellingpower.com) is when at its highest peak in sales reps what ultimately causes them to be not so good at their jobs. Those sales reps however who had ‘low approval addiction’ tended to be better performers in terms of sales results. That is a different topic for a different day. Back to mulling….

Professionally and personally speaking I’ve been doing alot of ‘mulling’ and the time to exit that cocoon draws near. I’ve been ‘mulling’ over a few matters for years now. That is a very long time to carry and incubate multiple matters within oneself. When you feel like your entire being is about to ‘pop’ because you’re withholding so much that is and has been germinating internally- the time to release is near. Why? Quite often- what has been incubated within needs to be released so that it can take on a life or form of its own or simply continue along the path that is organic. Most of the time others can benefit from these soul babies. Sometimes these weighty matters are books we have buried within or ideas we have about the world around us that are in fact waiting on us to give voice to. Other times it is simply speaking up to say “I believe in this or that. Here’s why!”

We can’t fear showing up to and for ourselves and then wonder why others don’t recognize us or why others think that they can make conclusive statements about us. We have to tell the world who we are or introduce ourselves throughout our lifetimes because our identities are constantly evolving. We are constantly being impacted by the world around us and we all fail in some way daily. We are either failing or being failed. We are either succeeding at pleasing or being pleased.

Identity will be assigned to us and often times an assigned identity given from the outside world is a false and inaccurate one because we haven’t ‘countered the offer.‘ For example- behavior and essence aren’t the same thing. Is a person for example who smokes ‘cigarrettes’ automatically disbarred from being seen for who they really are? Or is smoking simply a behavior pattern that they have due to something within that the outside world doesn’t see? Can a smoker have an inherent essence that is amazing and still be worthy of love? Of course!

As another example- it is a rare thing for me to make a conclusive statement about another person. Why? I don’t think that human beings in general have the right to make conclusive statements about others when we didn’t create them. I have had that done to me alot in life and didn’t appreciate it. Conclusive statements should be reserved for creators of things and people sort of the way car manuals or manufacturers have final say about a particular car. With that said- I’m human and relationally speaking certain behaviors in others will cause Candace to become upset. Yet I remain always open to having my mind changed about an individual. That’s not naivety. That’s logic. ALL humans have redemptive value. Things said in moments of anger may betray who you are for example but they shouldn’t be allowed to erase who you are.

We have to think about what we are thinking about. “Mull!” 🙂

A close friend of mine: Heather S. an up and coming voice over artist and frozen food brand owner recently said to me during a highly personal phone conversation “Your brain is like a computer Candace.” Pause. Heather and I have known eachother for years. We are very close. Heather knows me. While I was humbled by the compliment- I immediately thought to myself: “…but my soul isn’t.  I’m not a computer…though my brain may process information at times like one.’  I do prize intelligence.  When people come to the 4 story townhome that I live in the first thing they notice are the white very simple and plain modern shelves filled with books on various subjects. I love books. I love knowledge. I love words. The idea of ‘mulling’ strikes such a cord in me because of it’s mere correctness of approach. Gnosticism? Not quite. Humans are multi-faceted and multi-layered creations.

There is someone that is more important to me than all knowledge that I have decided that I must acknowledge here on my business website in order to feel whole. This person has had an entire worldview built around their existence.

I have mulled over the decision to go public about this for years.

How does this apply to business and my businesss?

You can find out in my next blog post! 🙂

About the Author: Candace G. Carson

To find out more about the extensive way in which The Intelligentsia Agency, Inc. goes about ensuring that the speakers and consultants we recommend are great, or more about how we vett them extensively, email me at: candacec@theintelligentsia.co or give me a call at: 703.661.9898.