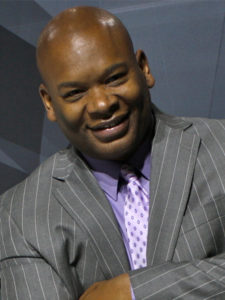 Alvin Jones, a 35-year broadcasting veteran, is the host and executive producer of Planet Vehicle and is president emeritus of the Washington Automotive Press Association.

Jones started his career as the host of the number one rated “The Quiet Storm” on WHUR-FM, the show’s original home. He has also hosted “The Slow Jam” on WKYS-FM and cooled you out while behind the microphone at “Smooth Jazz 105.9” all in Washington, D.C.

Alvin became a talk show host on XM Satellite Radio channel “The Power” with the show “T.M.I., Too Much Information.” The next stop was to C-SPAN as a producer for “Book TV.”

Giving back gives Alvin a sense of pride. Always with a message, he connects with his audience and is highly requested as a public speaker and Master of Ceremonies.

“It was a joy working with Alvin and his staff. In this age where customer service is becoming extinct, I was pleased to have such a committed and enthusiastic team assisting me.”– Lisa Sylvain Lash, Project Manager at Bullock Consulting, LLC

“Alvin is at the top of his field. He is not only a DJ, but a multimedia specialist that has the pulse of the community in which he works, and by no means is his community small. Alvin has spanned the globe with his work and he educates and enlightens those with whom he comes in contact. I’ve known Alvin for several years through our work together with the Hoop Dream Scholarship Fund. That connection led me to work with Alvin, again for Hoop Dreams on a charity event sponsored by the Capital Alumni Network. Alvin is a class act and anyone in the market for multimedia guidance or just a really good mixtape should give Alvin a call. He won’t disappoint you and the product will always be top notch.” – Lamont R., Proven Hospitality Professional

“Alvin is a dedicated professional with a talent for delivering his customers’ needs in any situation. In addition, he is a keen observer of human nature and manages to bring the most relevant points to the forefront of any debate. Whether he’s on-air or behind the scenes, I would heartily recommend Alvin without reservation.” – Josh Cheshire, Digital Media Specialist, Akami Technologies

“Alvin, for a long time, hosted the weekend version of “The Quiet Storm.” He participated in a legacy shared by one of broadcasting’s premier programming legends, Melvin Lindsey, and incubated by Cathy Hughes (who recommended Smokey Robinson’s “Quiet Storm” as the theme and helped nurture the trend-setting, ballad-centered format as GM or SM at the time) Chair and founder of Radio One, the nation’s seventh largest radio broadcasting company and the largest radio broadcasting company primarily targeting African-American and urban listeners. Which leads to my point. Alvin played his own major role in establishing the “Quiet Storm” format as a force with relevance today. His mellow broadcasts had a unique appeal directly tied to his intellect, sense of humor, and programming instinct. He will always be remembered in hearts of many, myself included, as a man who carried us through many a weekend night with smiles on our faces for the “wow” & “ahh” factors his musical taste generated in we listeners (living eulogy intended) much like Melvin L. He explores new broadcasting vistas today with his current satellite radio programming and he remains a mentor in many ways musical and otherwise. During our tenure, the WHUR “weekend crew” was recognized as becoming the nation’s first number-one rated, major-market, a commercial broadcast line-up featuring only Howard U. students. Alvin had a lot to do with that.” – Ed Stansbury, Manager at Pheonix Big Cinemas