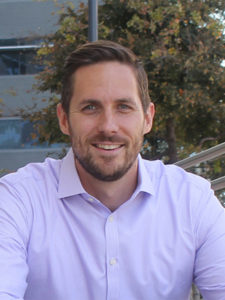 Engaging. Hilarious. Unique. These are just a few of the words that Matt uses to describe himself. Fortunately, others seem to agree. For the past decade, Matt has worked in various leadership roles at a Fortune 50 company in areas as diverse as marketing, employee retention, and management. As a result of this expertise, Matt has crafted multiple keynote presentations to address some of the most pressing issues today’s businesses face.

And if that’s where things stopped, Matt might be mistaken for just another keynote speaker in a world that’s full of keynote speakers. However, Matt also comes from a line of entertainers – his father and brother both worked for years as professional stand-up comedians – and humor runs in his blood. Which is why Matt has alsomanaged to craft some of the most entertaining keynote addresses you’re ever going to hear. The results are Stop Acting Your Age! An Entertaining Keynote to Help You Avoid Generational Warfare and You’re Not an Acronym – A Practical Approach To Leadership. Matt has quickly become a must-have for any event where audiences want to learn something new while laughing at the same time. You’ll soon learn why one of Matt’s clients has called him “both the funniest and most informative speaker I have ever heard in my life.”

If you’ve listened to any other discussion about generational issues at work, then you’ve undoubtedly been told there are four distinct generations operating side-by-side in today’s working world. You’ve then been told the differences between those four generations, and then you’ve been told (although probably not in these exact words) that you need to just deal with all these different people, because they’re not going away and they’re not going to change how they operate. If that advice suits you, fantastic.

However, if you’ve ever been frustrated by how impossible it seems to employ four different strategies to manage four distinct generations, and if you’ve ever felt like you’re the only one who’s being asked to make any changes, then Stop Acting Your Age! is exactly what you need. Because it turns out that there really aren’t four generations. In this hysterical keynote, you’ll learn a simpler way of looking at your own generational picture, and you’ll also learn how to understand, recognize, and resolve every generational issue facing today’s workforce. That’s no exaggeration; by the end of Stop Acting Your Age!, you and your colleagues will walk away with all of the knowledge you’ll need to address 100% of the generational issues you’ll face for the rest of your career. Other generational presentations focus on what people want, but Stop Acting Your Age! will tell you why everyone wants the different things they do. It’s an important distinction, and it will make implementing new solutions easier than you ever thought possible.

So get ready to laugh more and learn more than you ever thought possible. Because improving your generational issues doesn’t have to be boring.

You’re Not an Acronym: A Practical Approach to Leadership

If you’ve been a leader for a while or are being groomed to become one, then you’ve probably taken your fair share of personality tests. Perhaps you know your Woo strength, or maybe you’ve recently discovered that you’re a purple triangle when you’re stressed. If this kind of information is all you need in order to be the kind of leader your people are excited to follow, then you probably don’t need to keep reading this.

But if you’ve ever suspected that leadership may be about more than just you, then You’re Not an Acronym is the kind of leadership presentation you’ll truly appreciate. Matt Havens has spent over a decade in various leadership positions at a Fortune 25 company. He’s taken dozens of personality assessments, and he’s recognized a fundamental flaw in the way that all of them attempt to help people become better leaders. By addressing and then correcting this oversight, You’re Not An Acronym will help you expand your understanding of leadership exponentially – and you’ll do it while laughing all the while. Because not only is this one of the most insightful leadership keynotes you’ll ever sit through, it’s also one of the funniest. After all, boring isn’t a business requirement. So get ready to enjoy the process of becoming a more effective leader more than you ever thought possible!

“Watching our conference attendees captivated and responding with loud bursts of laughter to Matt’s presentation on generational differences, I knew we had a successful launch to our 3 day conference. Thank you, Matt, for starting our conference with a great keynote!”” – Diane, Executive VP, SILA