Previous Next
Partnership With Stratford University: We Love Interns! 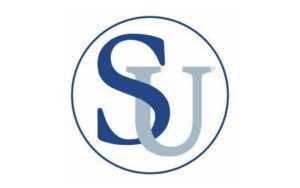 We are pleased to announce that we have entered into an extremely organic, and mutually beneficial partnership with Stratford University (https://www.stratford.edu), a college located here in Northern Virginia.

Ms. Alexandria Bushrod, Career Coordinator for Stratford University and I met recently at a local networking event and the rest is history.

Bianca Brown, our Speaker Relations Manager, Ms. Bushrod, and myself had a conference call about a week ago and enjoyed ourselves immensely!  The conversation went on, and on, and on.…and…..on.  We laughed (a lot), connected, and really understood where the other was coming from.  A natural camaraderie was present. We also fortunately discovered that each of our organization’s needs are in alignment. Stratford University needs internships for their brilliant students, and The Intelligentsia Agency, Inc., needs not just interns, but 4 *star* interns for some different pre-planned responsibilities and tasks within the agency.

Some of the best business partnerships and interactions occur when there is organic chemistry in place. (I’ve started to realize that I often think along the lines of and use terminology that is scientific in nature, and that’s because there is so much truth in my opinion in science and the scientific method. This is just one reason why world-renowned Futurist Mr. Daniel Burris, is one of my favorite teachers and speakers. Hard trends. Soft Trends. These things not only matter but they speak towards the: future.)  By the end of the phone call with Ms. Bushrod of  Stratford University, we definitely felt as though we not only received an answer to prayer, but made a friend.

The Intelligentsia Agency, Inc. is offering both in person and virtual or online internships, in 3 month, 6 month, and 1 year intervals- great opportunities for those students who are pursuing online degrees, or in person degrees.

Our internships have leadership development training embedded into each internship. The same things I’ve shared with those I’ve mentored, are the same things that will be shared with these awesome college students. These internships are also fantastic opportunities for students to work their way up to being employed with us. We prefer to hire from within, namely because it enables us to become familiar with a person’s: character. I would rather hire character, and train skill versus hiring skills as listed on paper and then having to deal with a headache when it comes to the person’s character and attitude. My goal is: low turnover rate, peace of mind, and merit-based rewards.

For example, one of the main reasons Bianca Brown is our agency Speaker Relations Manager is because I hired her character first. Voila. lol

I knew that Bianca wouldn’t be ‘new,‘ forever. Voila. (squared.)

I am so glad that I made that decision because it has rewarded this agency in ways that are undeniable and manifold. Voila. (cubed.)

A few of the speakers that we invited to join our roster were ‘vocal’ about the fact that Bianca was ‘new,’ to the industry, but I ignored those complaints, put my head down and kept working. Why? I knew that saying she was ‘new,’ wouldn’t be something that could always be said and in one to two short years I’d be glad that I was willing to work with Bianca’s ‘newness.‘ (Not to mention, I also knew that there was some ageism being practiced.)  Someone being new at something only matters when and while that person doesn’t know anything. What people don’t tend to factor into a person being new, is how rapidly a rate, that individual can learn and adapt- which is strictly an individual capability.  One of the reasons that Bianca and I work so well together is because we are both very intelligent women, maybe hyper-intelligent women, who most people wouldn’t assume to be. We are both ok with that because we know we can always prove the ‘average’ assumption wrong and being underestimated works in our favor. I digress.

In this day and age, if I can find the right character in a person, I will sustain whatever blows I have to sustain while they are new because I know I can train and teach skill. It’s too hard to train and teach character. My method is scientific and mathematical.

Bianca Brown, for example, started out with me years ago as my mentee, and I can honestly state that she has grown and developed exponentially. Mentoring her has grown and developed me as well. Bianca Brown’s ‘newness,‘ was and is a test for many people. Bianca is a test for some people’s egos. Will you give the same respect to someone that you don’t perceive is important? As a bureau owner that matters to me. I want speakers on my roster who are the same kind people off stage that they are on stage, in terms of administering basic kindness and respect. (There are some speakers who have spoken to her in a condescending and rude manner simply because of how young she is. This shouldn’t be the case.)

Thank you, Ms. Bushrod, for being an answer to prayer. We can’t wait to meet our new interns and make them a part of The Intelligentsia Agency, Inc. family.

About the Author: Candace G. Carson

To find out more about the extensive way in which The Intelligentsia Agency, Inc. goes about ensuring that the speakers and consultants we recommend are great, or more about how we vett them extensively, email me at: candacec@theintelligentsia.co or give me a call at: 703.661.9898.